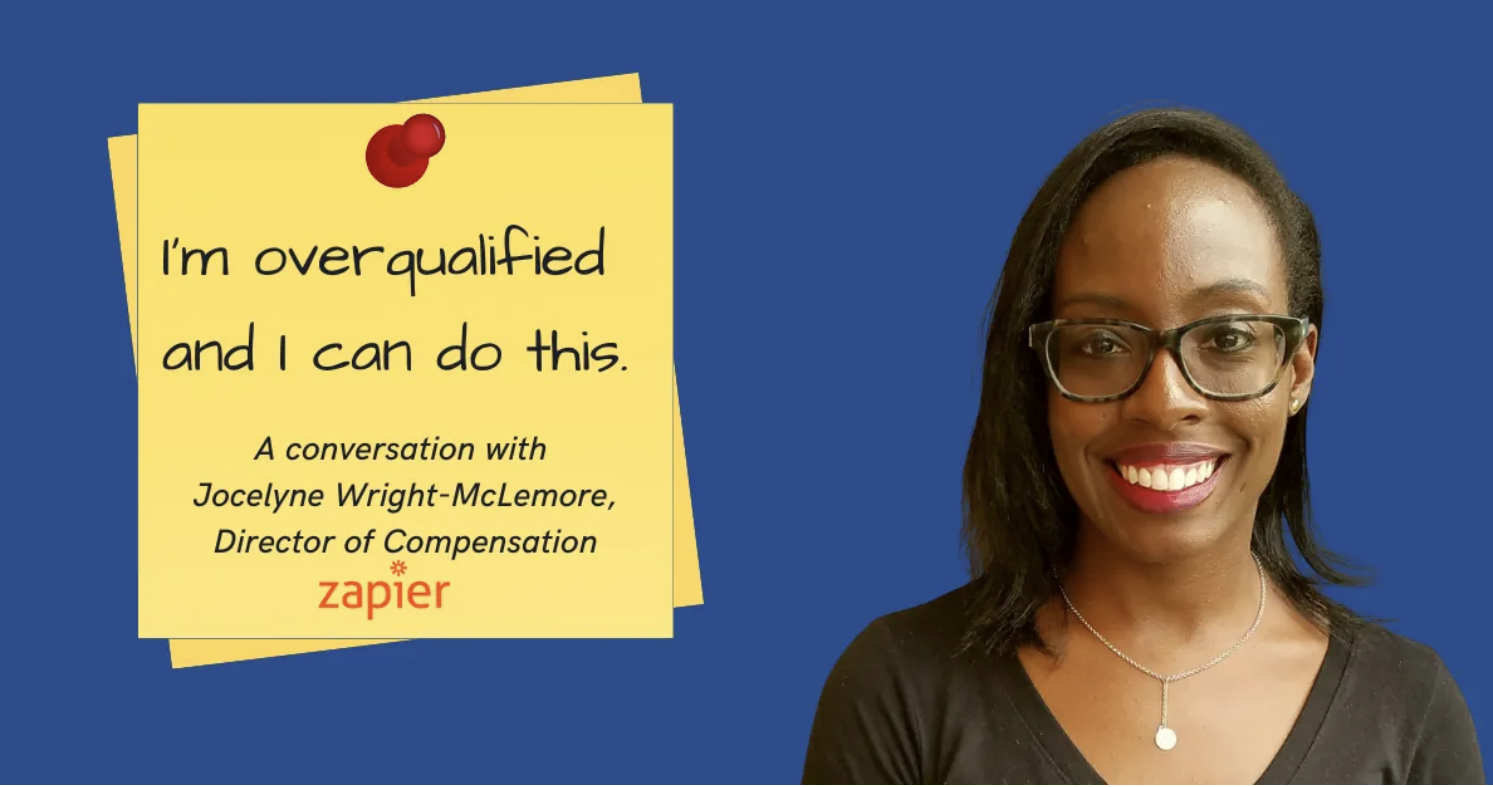 Jocelyne Wright-McLemore has a sticky note that she looks at every day: “I’m overqualified and I can do this.”

Zapier‘s Director of Compensation put that sticky note up shortly after she rolled out a big new project at the online automation company and received some critical feedback on it. Though the criticism came from a tiny portion of her audience and the project was a success overall, hearing it brought back some of the self-doubt and imposter syndrome that she faced earlier in her career.

After 17 years in her industry, Jocelyne still needs to remind herself of the message on that sticky. We talked with Jocelyne about how she found her way into HR and what advice she has for others who are looking to build and be confident in their own career path—particularly other Black women.

Having, losing, and regaining confidence

Jocelyne’s responsibilities at Zapier include building out a compensation philosophy and pay ranges, conducting a pay equity analysis, and coming up with innovative ways to handle paying a truly global remote workforce operating out of 33 different countries. She can’t imagine doing anything but comp work now, but that wasn’t always the case.

After graduating high school, Jocelyne wasn’t sure what she wanted to do. She worked as a secretary, then in the shipping industry and then in HR for a small gaming startup. It was there that she realized she loved helping people and reached out to the HR manager to figure out a growth path within HR.

Five years into an HR career that regularly saw her crushing big CEO presentations and building out new programs, she decided to take a HR certification course. It was there that she recognized that there was a certain way she preferred to help people—and one that lined up with her introverted tendencies.

“Part of that certification was a course on compensation, and I was like, ‘This is what I’m destined to do,'” remembers Jocelyne. “Being heavily interactive was not suited to my personality; it took a lot out of me. And [comp] was a way to help people, but not be so directly connected to them.”

Jocelyne worried at first, since math had never been her favorite, and a role in comp required it. But she finished a school project that had her building a compensation structure, philosophy, and pay scales, and it showed her she could do it. “Come to find out, I’m not so bad at math! As long as I can figure out how to work Excel, Excel will do the math for me,” she says, smiling.

After working on her certificate, Jocelyne took on a new Compensation role, and it was there that her confidence started to falter.

She’d always been able to figure out any project, but her new manager kept her off balance, praising her one day and giving her incredibly harsh feedback the next. “She made me question if I really knew what I was talking about, if I should be doing this,” says Jocelyne.

She eventually left that company and that manager, but the experience stuck with Jocelyne, to the point that even now, years later, she’s reminded of it when her competence is called into question, like it was with her first big project at Zapier.

Along with her full-time role at Zapier, Jocelyne is also finishing her college degree. Though she’s had a decade and a half of HR work experience, she recognized that a degree was still part of the career journey she wanted for herself. And additionally, with a long-term goal of becoming an independent compensation consultant, Jocelyne knows a degree will help cement her expertise especially as a Black woman stepping into the entrepreneurial space

“For as long of a career as I will have had by then, it should be my proof, but I’m going to get the piece of paper anyways,” says Jocelyne.

As she’s gone through her program, though, it’s not just box-checking. She’s finding real value in what she’s learning, both on a specific subject matter level—like on the philosophy of change management—as well as broader subjects, like history.

One of the classes that has taught Jocelyne the most is her Survey of U.S. History class. Jocelyne grew up between countries in a military family. She was born in the U.S., then spent most of her formative years in Kenya and Belize. Most of her education followed a British curriculum, so this was the first time she was exposed to U.S. history in depth.

“That was enlightening. I didn’t fully understand some of the impacts of Reconstruction that have continued to carry on,” she says. “There were times I had to walk away from the textbook because I was so disturbed and outraged. These were things that happened to my ancestors, and some not in the distant past. My granny, who passed away last year at 94 years, lived through so many things that may seem so long ago, but really aren’t. Even more so, the things that I have been experiencing as a Black adult in America are, in many ways, systematic and deeply rooted.

Zapier first reached out to Jocelyne in 2019, and she eventually joined in June of 2020, excited by the role and the chance to work with people she connected with. “The culture and the values really spoke to my spirit; I just felt at home,” she says. “I saw this as a chance to really put my mark on something and build something I was proud of, in an environment I hadn’t been in before.”

But joining in the midst of a nationwide reckoning of racial injustice, especially as the only Black director at the time, was tough.

“I wasn’t really sure how to show up. I didn’t know how to exist. That’s probably a weird thing to say, but when you’re a Black person navigating a world that’s not necessarily meant for you to be as successful as you could be, you have a way of showing up and working in the world that works for you. And in that moment, it felt like the spotlight was on us,” she says.

Jocelyne says she felt a lot of pressure. “Here are people fighting for social justice, for equal opportunity, and I felt like I needed to show up and prove why that’s a good thing. I felt like I was the face of the moment, the face of Black people—of ‘we’re competent, we can do this, you should trust us,'” she says.

It was a difficult time, and that’s when Jocelyne first started working with an external coach, L. Michelle SmithL. Michelle Smith. Zapier offers coaches as employee benefits, and Jocelyne’s coach was another successful Black woman who helped her unpack why she felt that pressure and what to do about it.

“Working through that with her really helps me understand this is partially a cultural thing, especially for Black women. We’re sort of taught to be the caretaker for all, to carry the weight of the world on our shoulders, to be the best. And so recognizing that part of it was cultural and carried down helped me start to recognize those behaviors and start to shift how I addressed and expressed those thoughts and emotions,” says Jocelyne.

It was that coach who helped connect Jocelyne’s other workplace worries—the self-imposed ones about whether she was qualified for the role she’d been hired to do—with the term “imposter syndrome.”

Jocelyne had first learned of the term in a Zapier onboarding course for new employees. She unpacked it further with her coach, who reminded her of a few things: that Jocelyne’s entire career was full of success stories, that she’s actually overqualified to do some of the projects on her plate, and that she was picked from a huge pool of candidates to do this exact role.

For other women struggling with imposter syndrome or with finding the confidence to pursue the career path of their dreams, consider Joceyne’s advice:

And if it helps, add a sticky note for yourself, too. Jocelyne’s got one to recommend: “I’m overqualified and I can do this.” 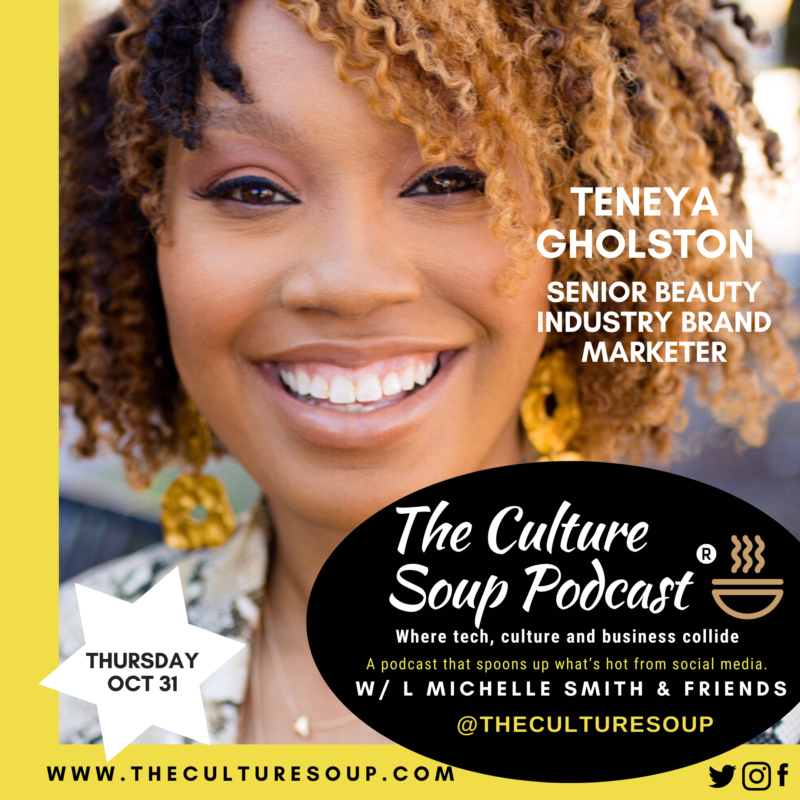 You know, one of the best ways to get to… 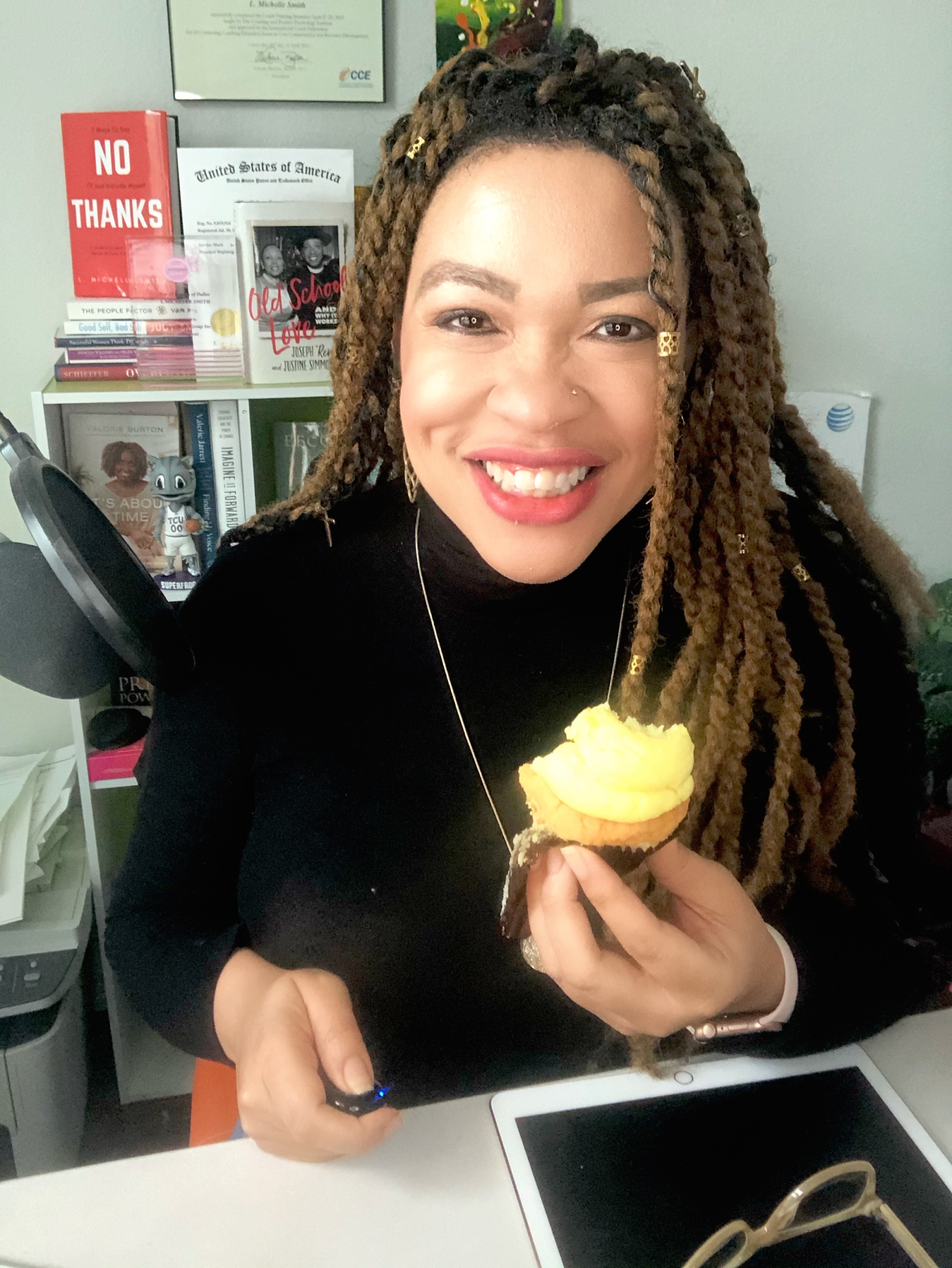 Are you being mindful of your small gestures?

Greetings…. This content is restricted for members only.  Register or… 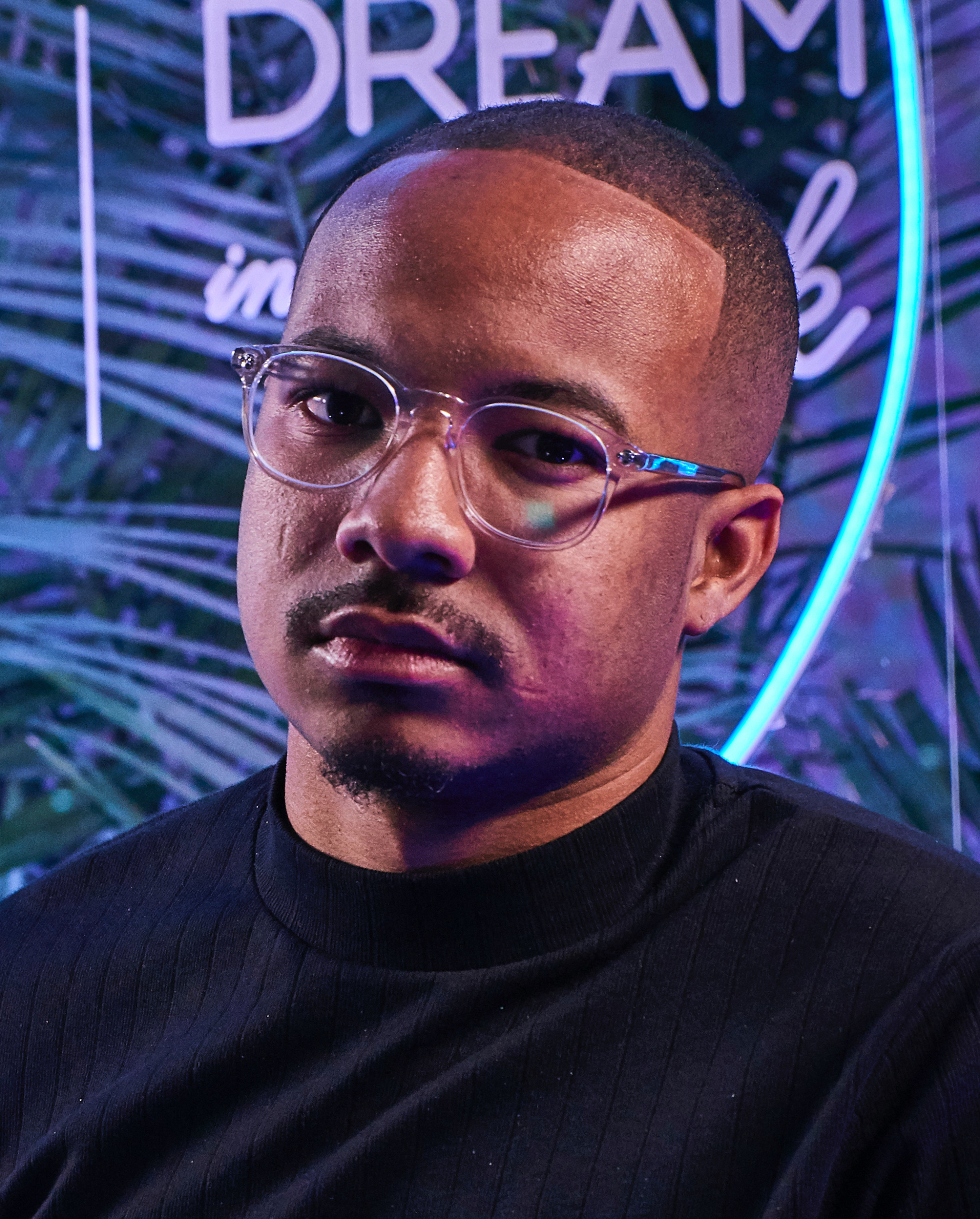 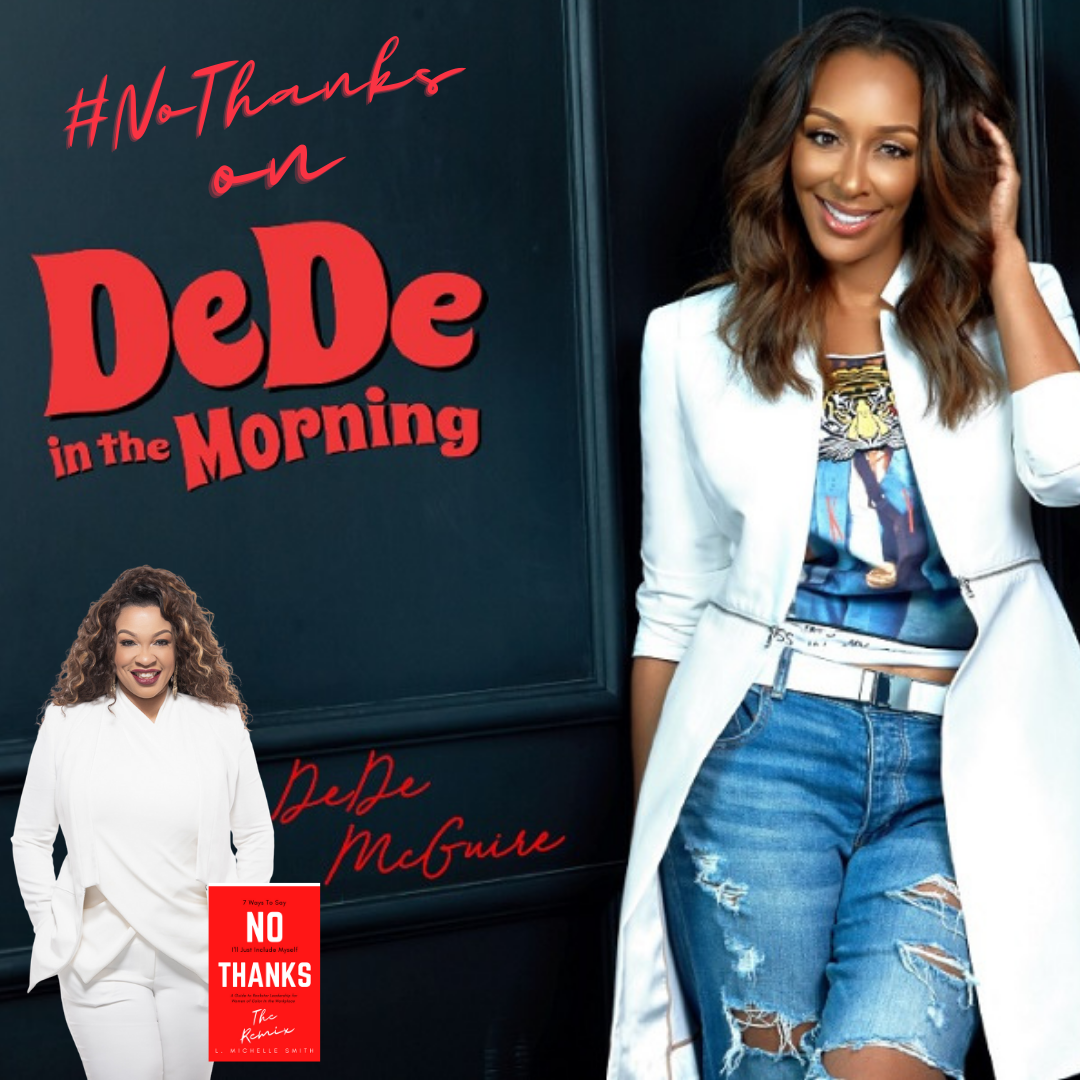 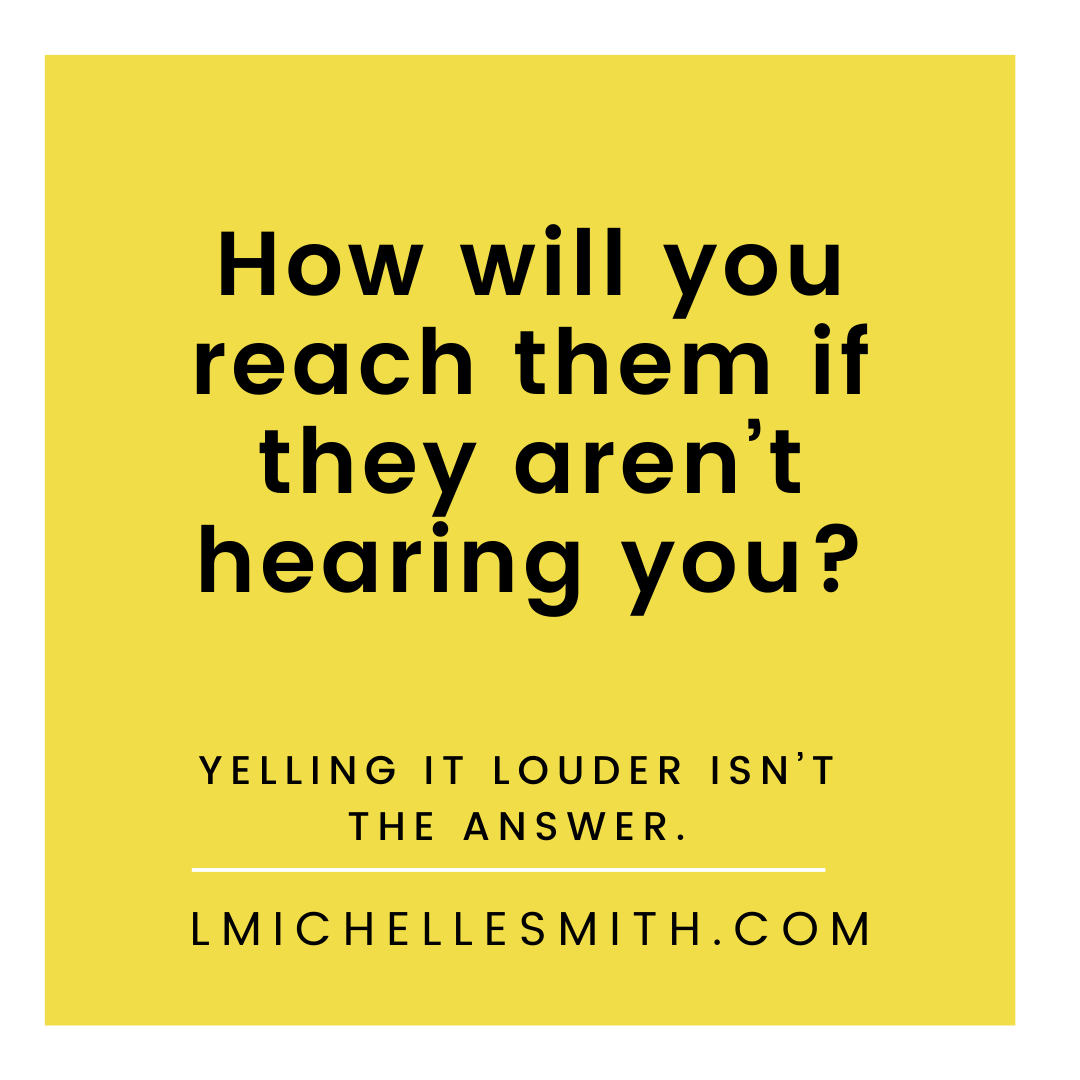 What if they aren’t hearing me?

On @theculturesoup, @jarretthill and I discussed how there are so… 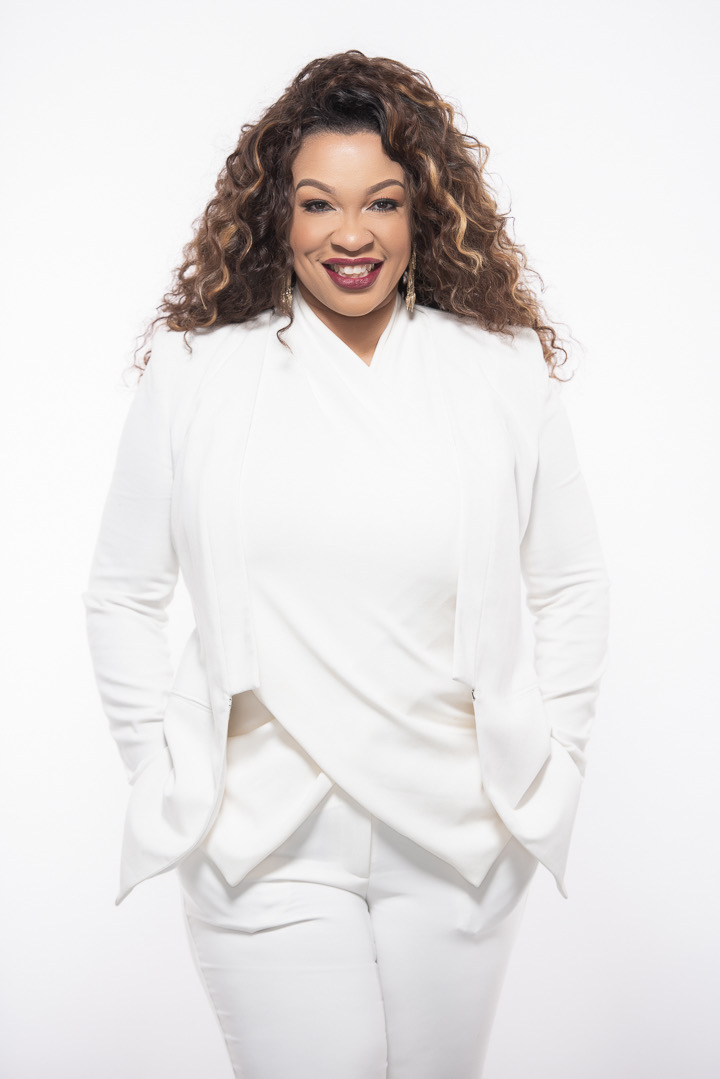 (Excerpt from Medium: I Binge on Documentary Style Podcasts, Not…

by L. Michelle Smith
Posted on July 12, 2020
Posted in DiversityIn the Media