by L. Michelle Smith
Posted on January 6, 2023
Posted in CareerIn the Media 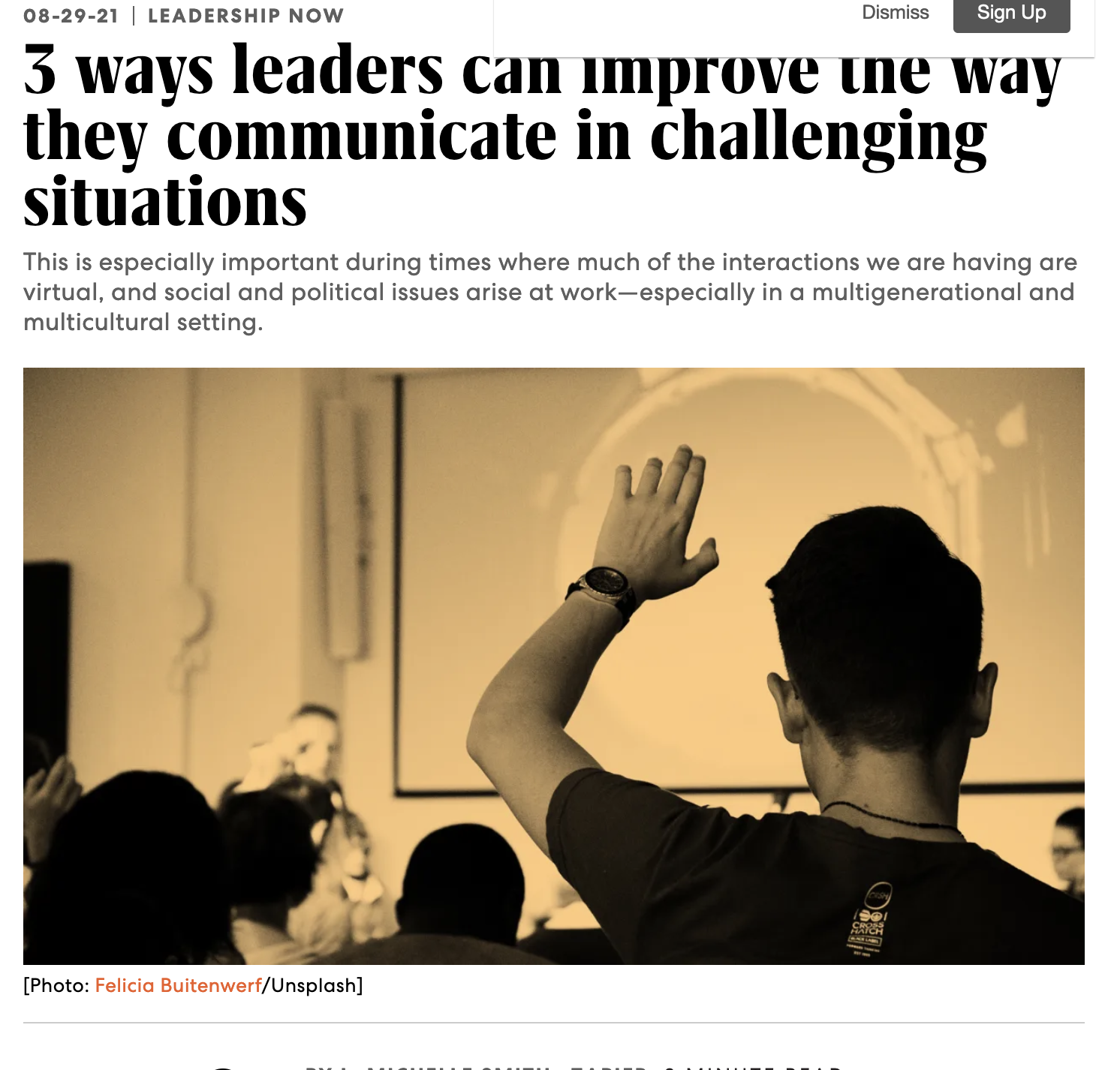 This is especially important during times where much of the interactions we are having are virtual, and social and political issues arise at work—especially in a multigenerational and multicultural setting.

The year was 2015, and I was working at a large company. It was about the time that marriage equality became the law of the land. My workspace was not private—it was one of those open spaces where about 30 people had desks, and there was no hiding behind doors or walls. Because we were in the business of public perception, we kept large screens tuned in to the latest news. You can imagine what happened when the ruling came down.

It was a touchy spot to be in. Over time, we had a fairly good idea about where certain teammates stood on certain issues. As the lead of the diversity and inclusion (D&I) communications efforts, my plans hinged on the outcome, including how the company would respond and communicate about it. Though D&I was a core value at the company, naturally, the various employees still had their own views about marriage equality.

I was reminded of this scenario recently as I spoke to an agency in the Southeast about how to communicate like a leader during times where much of the interactions we are having are virtual, and social or political issues arise at work—especially in a multigenerational and multicultural setting. Back in 2015, there was no keeping the talk out of my work environment. It was my work. But while social and political issues may not be the work for everyone, they will enter the workspace in the hearts and minds of each employee.

Read the article at FastCompany.com. 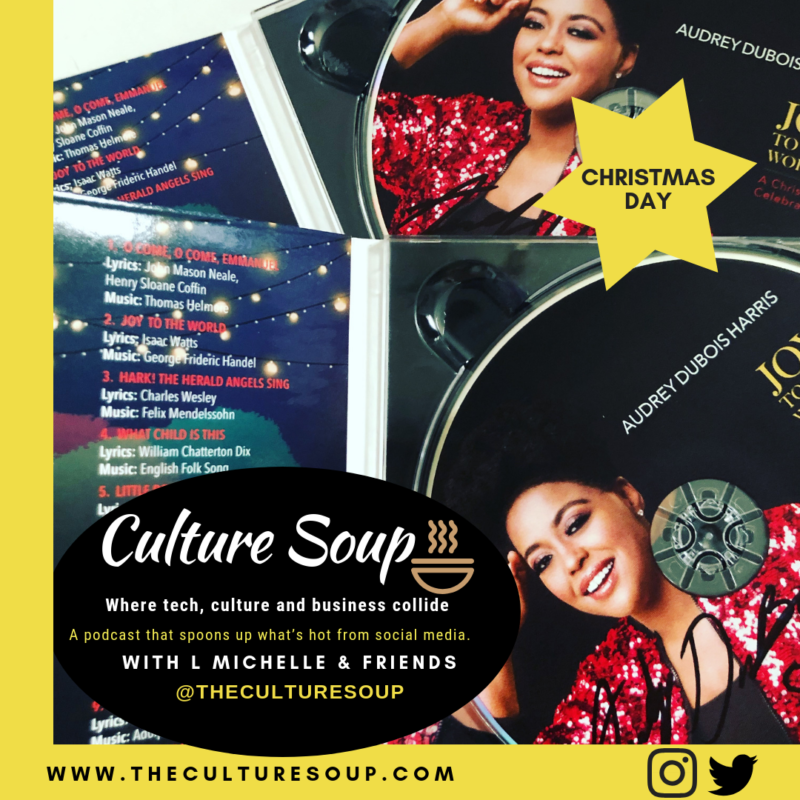 Bonus Ep 3: Joy To The World! with Audrey DuBois Harris

Audrey DuBois Harris returns for an encore on the podcast… 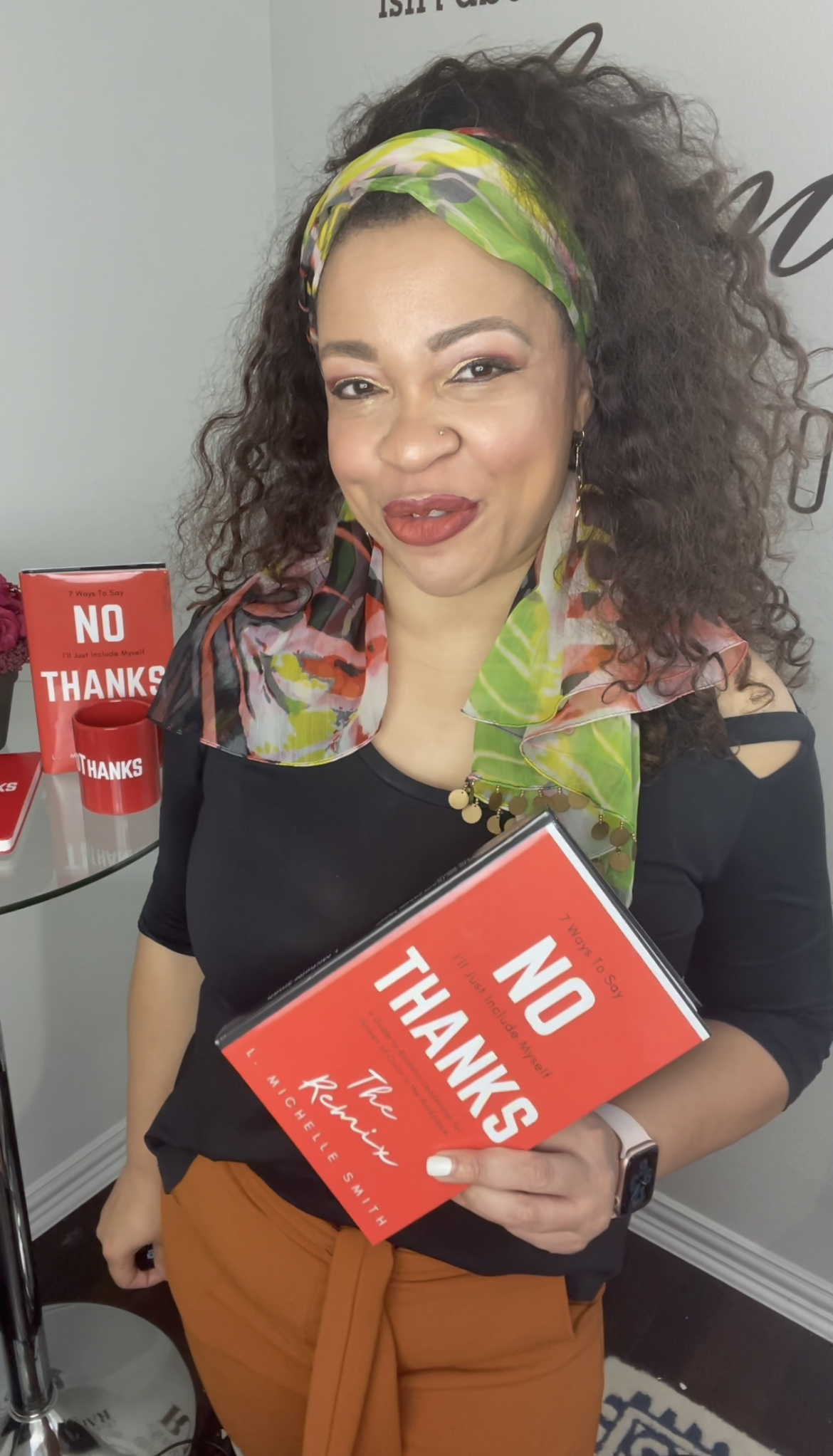 First impressions are only part of it. And while, many…

by L. Michelle Smith
Posted on May 19, 2021
Posted in Business TrendsCareerCoachingCultureLeadershipThe Hip-Pocket CoachUncategorized 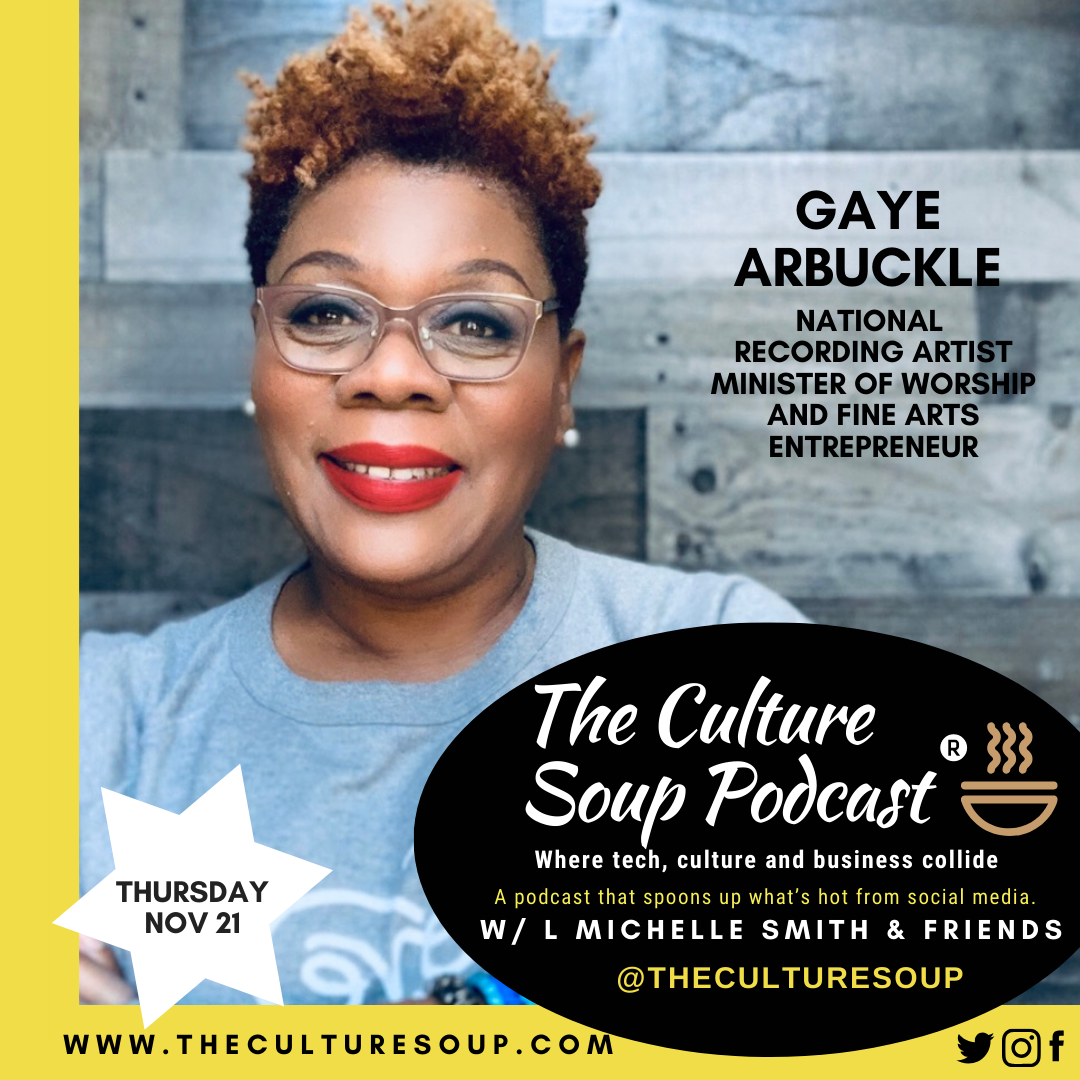 Social media is culture soup. Have you noticed that black…

by L. Michelle Smith
Posted on November 20, 2019May 24, 2020
Posted in CultureCulture Soup PodcastLeadershipPodcast 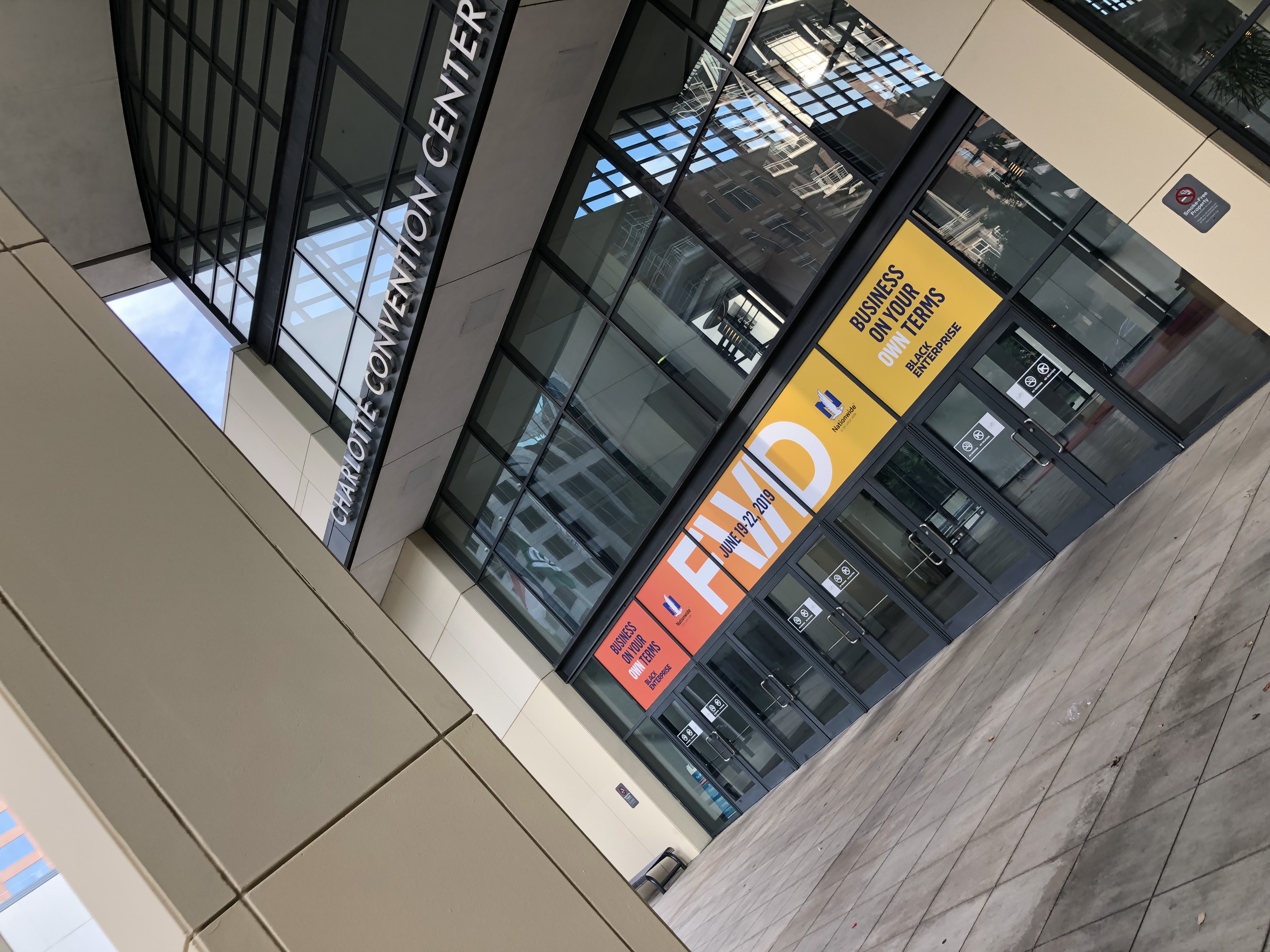 Great Day 1 of Business Coaching at The Black Enterprise FWD

Great day! Started slow, but I’m the queen of strategic… 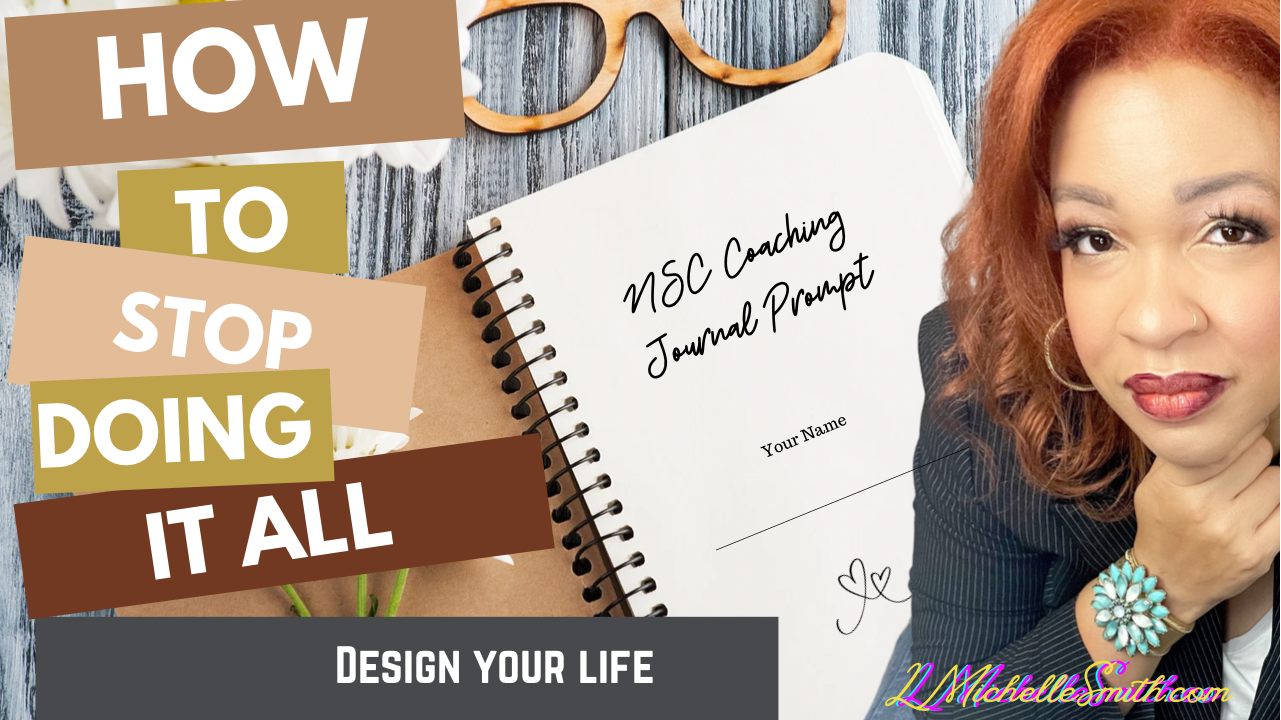 Maybe its time you let something go

Are you doing all the things? I have some powerful…

Welcome to my little virtual spot on the Internet. It’s…
by dsgwebmaster
Posted on September 17, 2018September 19, 2018
Posted in The Hip-Pocket Coach