Home
/
Business Trends
/
What Chicken Fries Have to Do With It 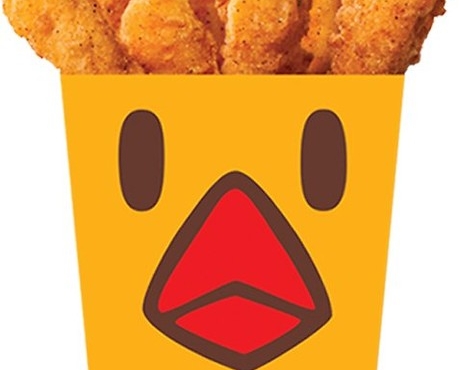 by L. Michelle Smith
Posted on May 19, 2018November 30, 2018
Posted in Business TrendsInnovationMarketing 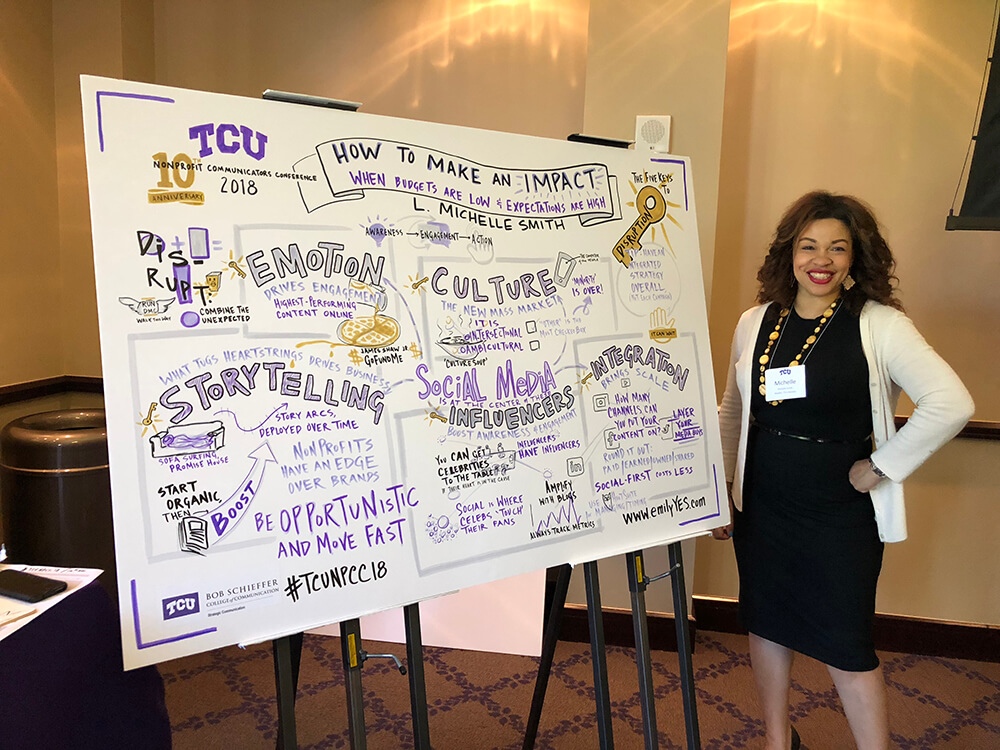 Working at a nonprofit can sometimes feel like a thankless job.

Having worked with countless executive directors, along side them on boards or even as an agency partner, I’ve heard the stories. I’ve seen many local organizations open and close, unfortunately. Marketing is key to their success. Without awareness, there’ll be no donors, volunteers or corporate sponsors; and that speaks directly to the bottom line. This is why it is always a pleasure to offer some brainpower and best practices to this sector. In fact, this would be the second time I’d contribute to the TCU Nonprofit Communicators Conference, which had its start a decade ago on the University of North Texas campus. It was a milestone year for them. I was their first speaker at UNT and returning to host the opening plenary for their 10th anniversary was a joy.

So much has changed in 10 years in the world of marketing and communications. Most notably, the Internet has become far more social and mobile. Knowing how to wield that is important to anyone with a budget, big or small, but it is crucial when dollars are hard to come by. So, yesterday’s conversation was prescriptive, and it took on the theme of disruption, because disruption in technology has definitely brought us to this point.

To set the stage we talked about milestone disruptions in pop culture. A few years ago, Burger King had a moment that changed everything for them. At the very least, they credit it for turning their same-store sales around, and it likely put their brand back on the map.

That moment became significant for me in a leadership training session with Trudy Bourgeois at the Executive Leadership Council’s Strategic Pathways, when she challenged a group of about of 100 executive women to try out impromptu business banter, only having looked at the headlines of a few of the nation’s biggest newspapers–USA Today, New York Times and the Wall Street Journal. Luck of the draw, I picked up the Journal. Low and behold the headline was about Burger King’s chicken fries.

And just like that, I hear: “Ms. Smith! Stand up! I want you to banter with me. You just ran into me in the hall at work, and I’m the Chairman. Let’s talk about the headlines.”

Well, alrighty. I stood up before my 99 soon-to-be ELC fellows, and we began to banter.

Without a ton of detail, I mentioned the chicken fries. Bourgeois, playacting as the highest-ranking officer in my company, asked if there were any lessons in it for “our business,” and I responded yes. What the fast food chain did was take two things that were well-known and loved by everyone and created something totally different and innovative. I mentioned how that was happening in the tech-telecom space and drew on a few examples of consumer passion points that could cross pollenate with our products and services and open new doors for the business.

What BK did wasn’t really rocket science, and typically, disruption happens when things we already know are blended in ways they never have before. So ultimately, a mashup of chicken fingers and french fries put the chain back on the right track.

How could this form of disruption work for nonprofits in marketing and communications? I suggested that their mashup consist of one part social media, and the other part, one or more of five key ingredients so that their work would scale.

After all, emotion was at the core of the heroic story of Waffle House hero James Shaw Jr who raise nearly $100,000 for the victims of the mass shooting on GoFundMe.com. Emotional content is some of the highest performing content on social media.

Culture will expand your reach because the social sphere is crawling with new and underrepresented audiences and values-attracted millennials who found their voice online.

Great storytelling helped Dallas-area Promise House raise awareness about about teen and LGBTQ youth homelessness because of the issue of sofa surfing. Images of teens sleeping on the sofas of friends, neighbors and strangers tugged on the heart strings of the community and ultimately resulted in higher awareness, donors and volunteers.

Influencers will sometimes come to the table for little or nothing for non profits for a cause they believe in, and their social followings are engaged and sometimes massive.

And every comms strategy scales when you integrate the entire 360 mix and make it social-first.

Most importantly, I shared that they really don’t have to boil the ocean to get solid results. I encouraged them to be methodical and systematic. After all, chicken fries don’t happen overnight.

If you know the history, the side-entree mashup was introduced over the course of several years as a limited time offer, and finally emerged on the menu as a permanent item in 2012. A lot of testing and measuring happened before these things took off and ultimately wound up on the front page of the Wall Street Journal that day in 2016 when I was sweating in a conference room in front of my industry peers.

Our discussion was a rich one, and far too involved to capture in a blog post. Thankfully, graphic artist Emily Jane Steinberg captured the highlights of the plenary in this amazing piece of art. So you can check out the highlights here. The massive poster will take it’s place in the Dean’s office at Schieffer School next week.

How cool is that?

So I thank Dr. Jacque Lambiase for having me out again, 10 years later, to share as a newly confirmed member of the Board of Visitors. It was a pleasure.

Now, what do chicken fries have to do with what you do? 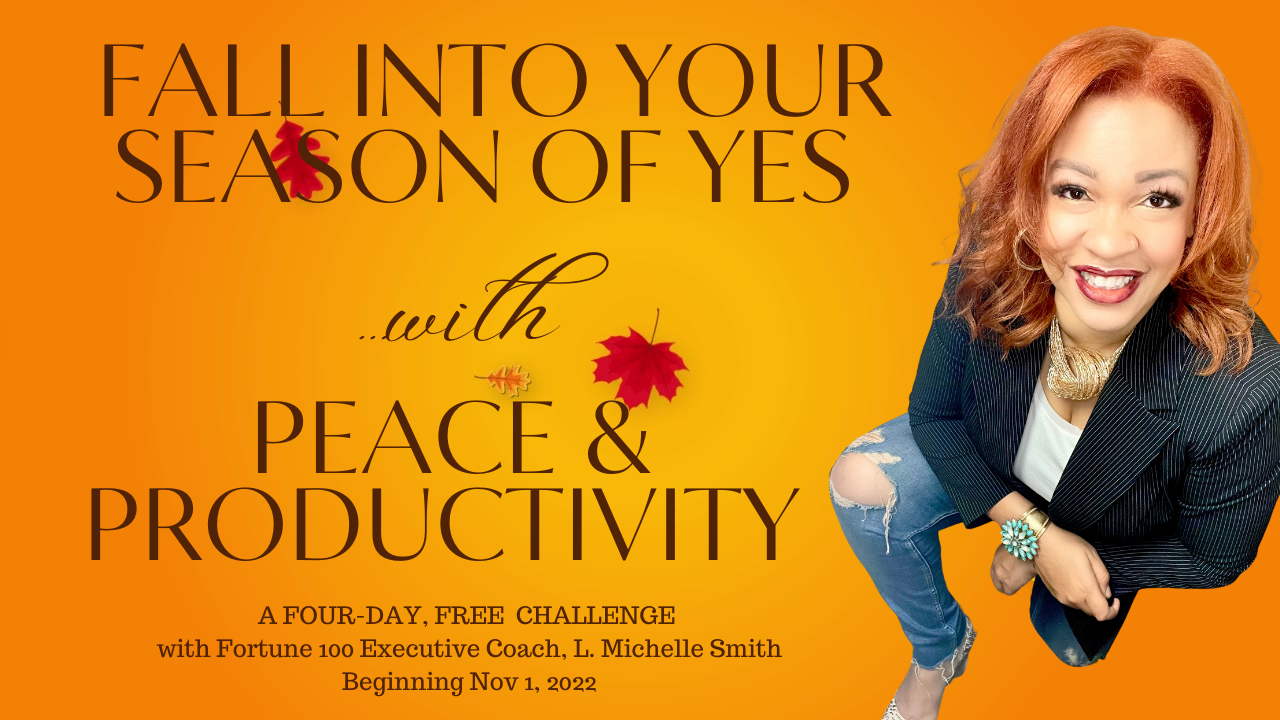 What’s got you stuck in this season?

Did you know that many of us still haven’t dealt…

If you missed it, here’s your chance to listen to…

by L. Michelle Smith
Posted on May 14, 2020May 23, 2020
Posted in CultureCulture Soup PodcastPodcast 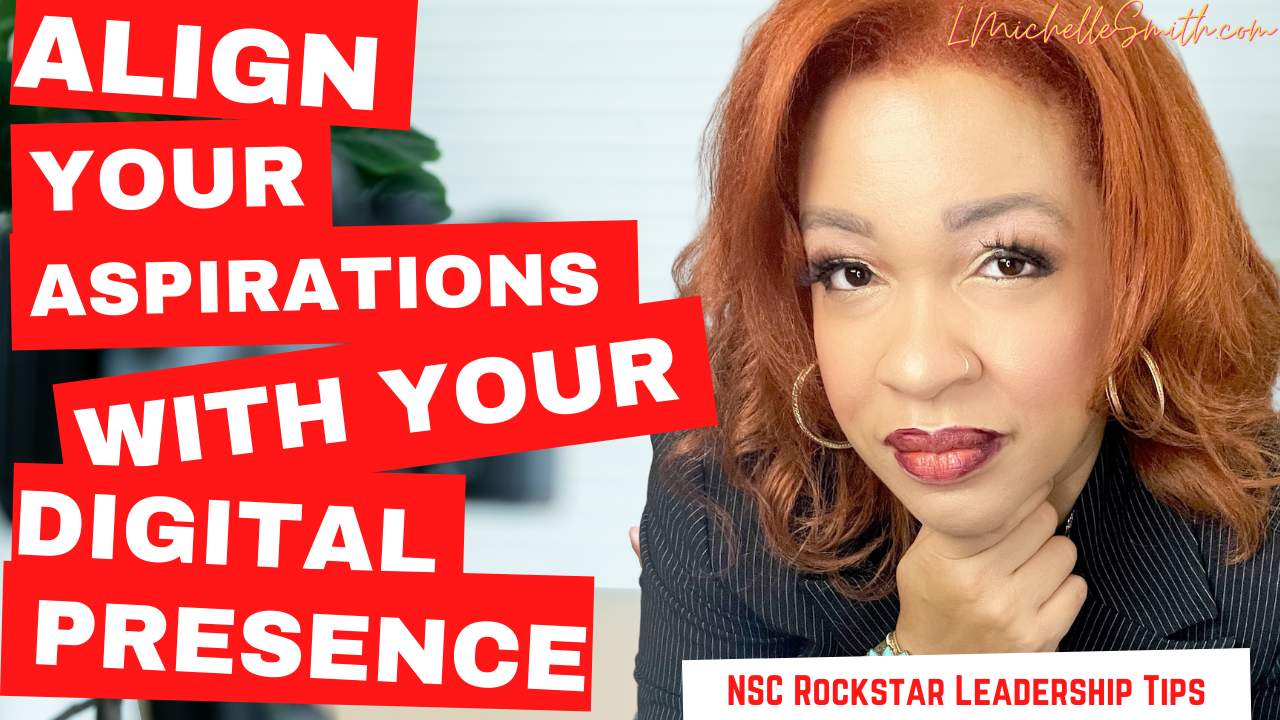 Does your social media say “C-Suite?”

Remembering that there is no separating your personal and professional… 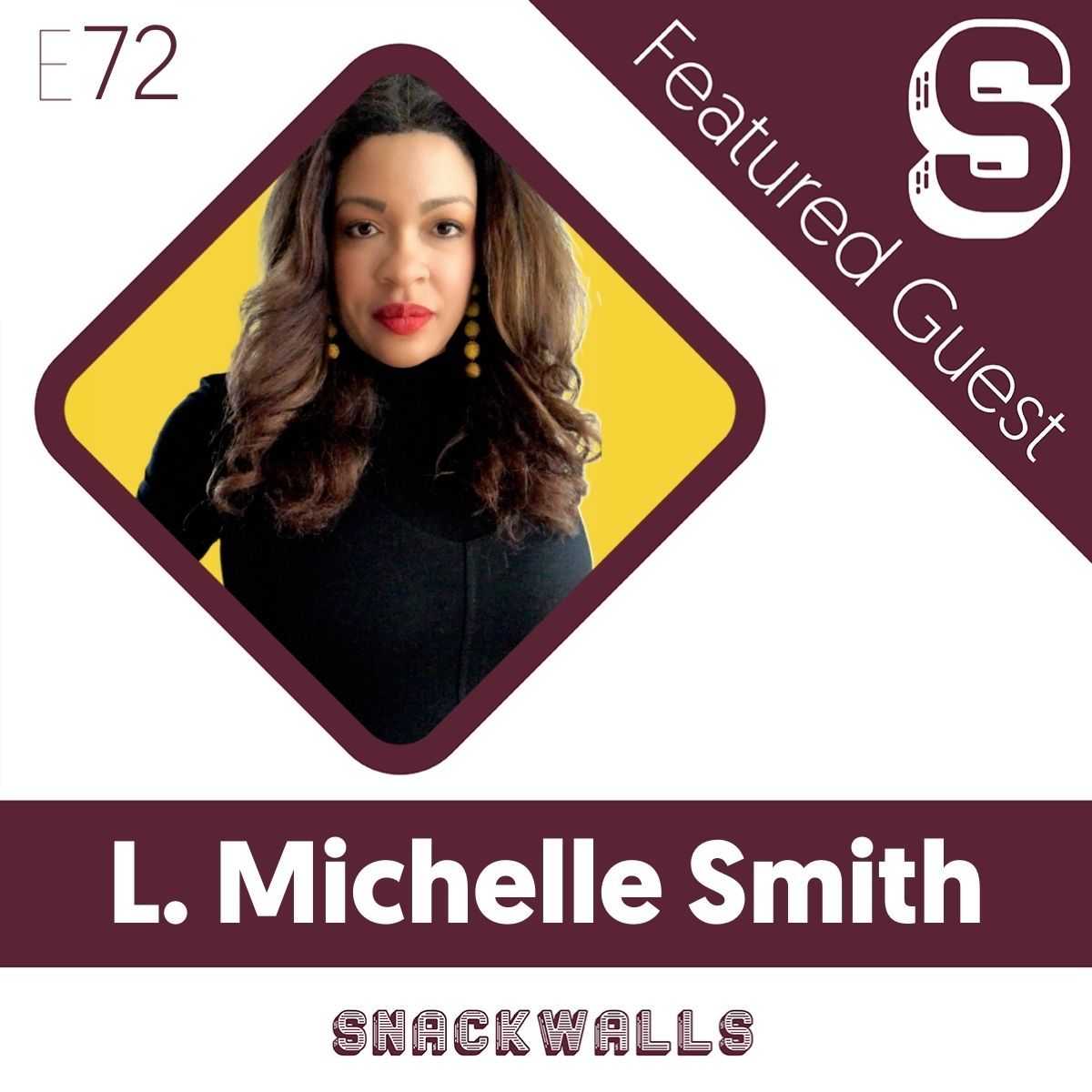 Thanks to Mike Roberts for having me on your Snackwalls…

by L. Michelle Smith
Posted on December 18, 2020
Posted in BooksBusiness TrendsCareerIn the Media 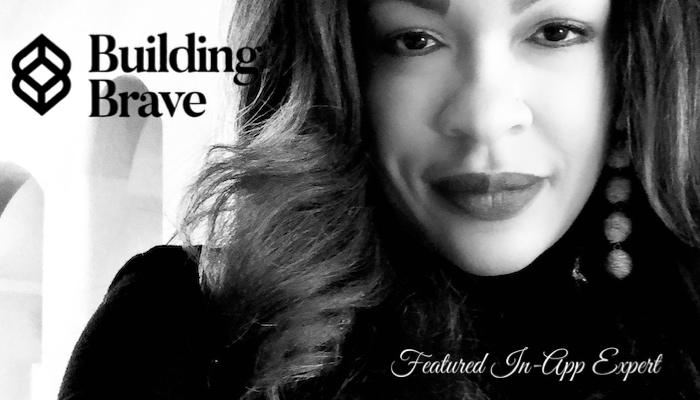 Glad to be in partnership with Building Brave as a… 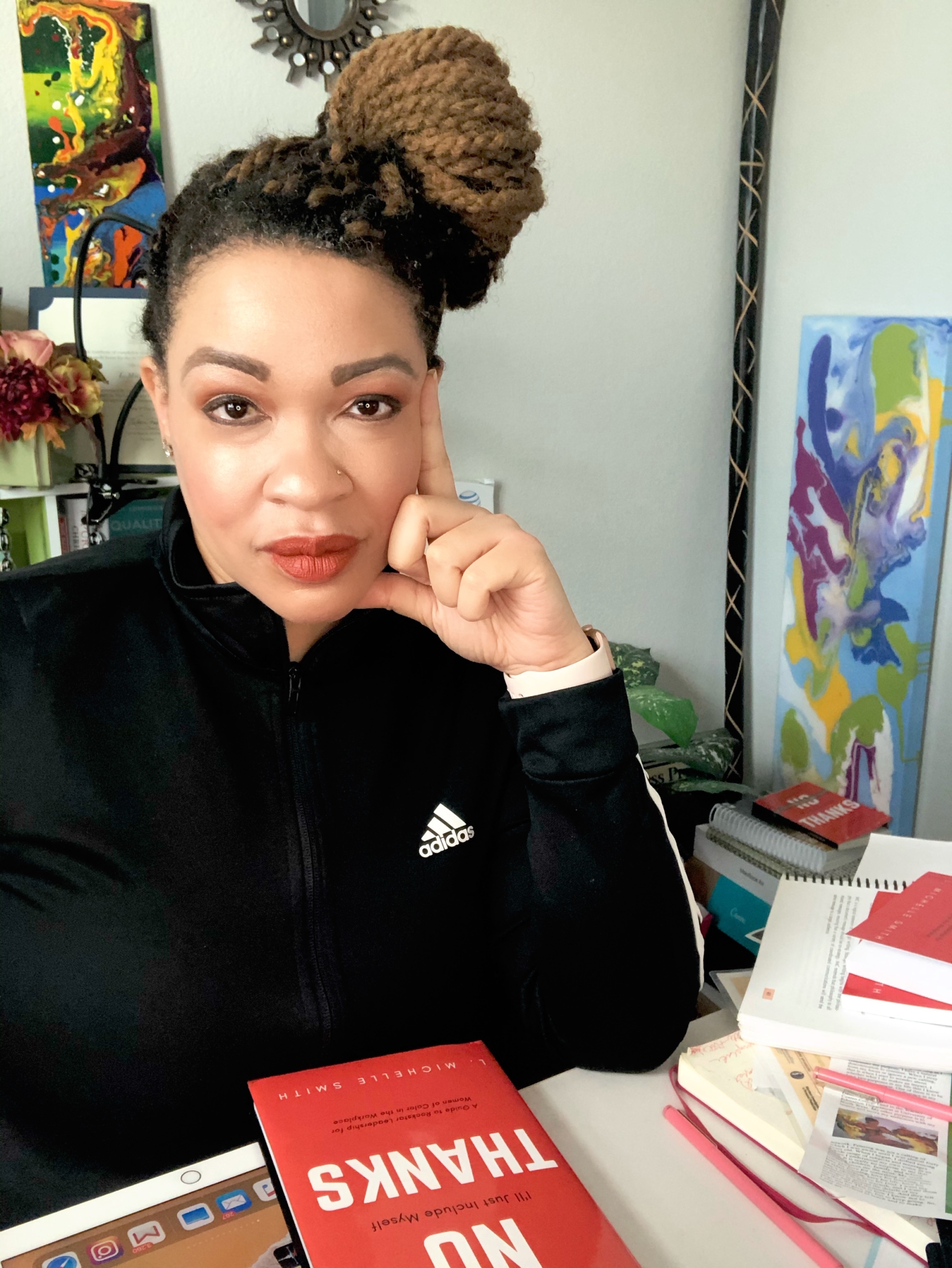