Home
/
Business Trends
/
Career
/
Are You Wishing On a Vision? 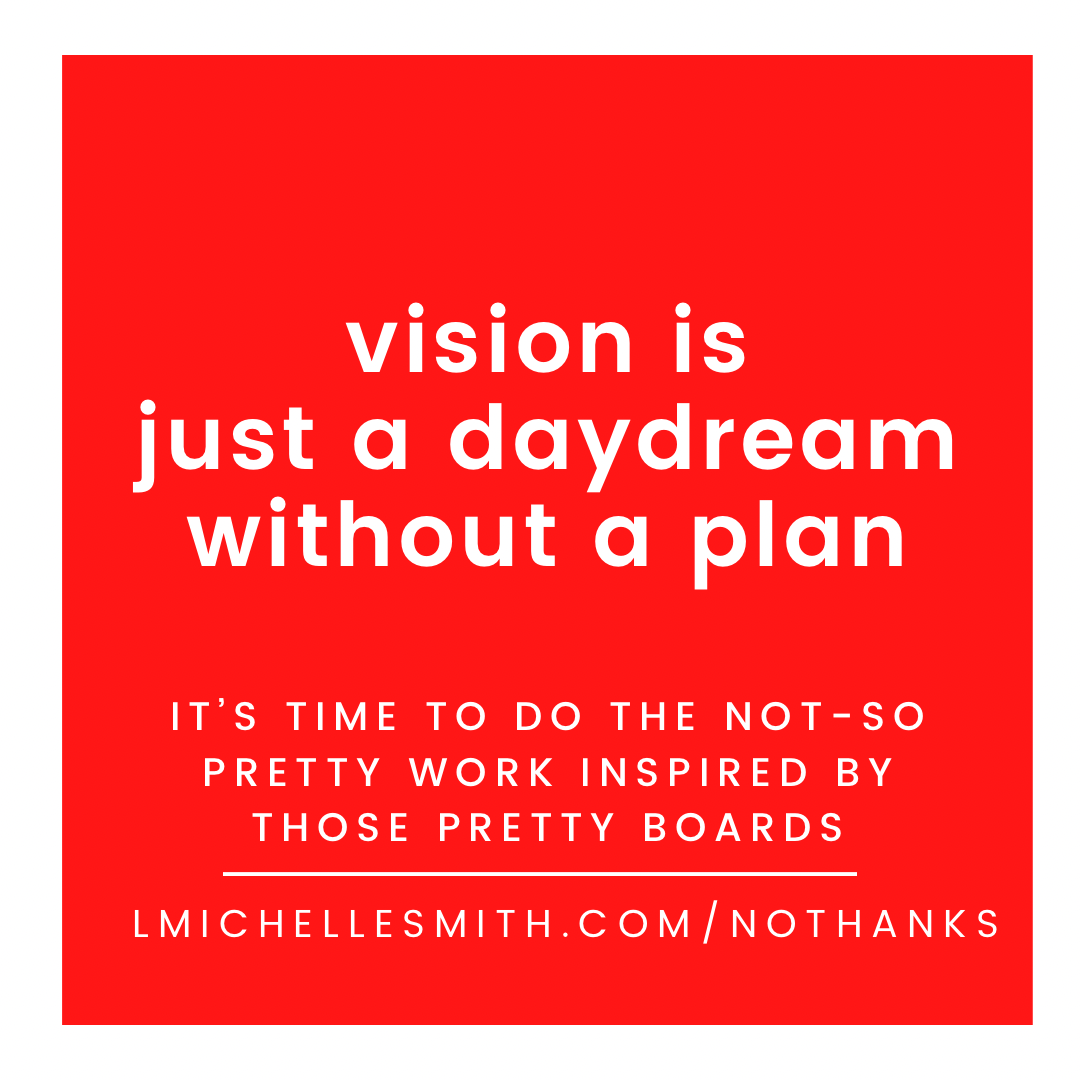 It’s a very popular trend–vision boarding.  Maybe this year, the party may not be the same. In fact, it may be virtual.  It’s a great practice, and for many, it’s a great time to reconnect with sisterfriends and some men who want to manifest greater, move forward, find their next.

I’m all for it.  It is a great way to set aside space for the real thinking we should do for ourselves.  It is indeed selfceare.  In fact, the first line in my new book, No Thanks: 7 Ways to Say I’ll Just Include Myself challenges readers by asking them to allow themselves to dream again.  It really is something we lose as life can and does take over.  The Disney+ movie “Soul” did a great job of reminding us that sometimes, we find ourselves just living and not allowing the sparks in life to lead us to our purpose.

But what happens after you recognize the dream?  You’ve cut and pasted on your board, and now what?  Most people just “go for it.”  In fact, Nike has popularized the phrase “Just Do It!” And many of us have adopted this mantra as a way to motivate ourselves into propelling forward, reaching our goals.

But it takes a bit more than that.  I quip in No Thanks that my version of a vision board was once a resignation letter pinned to my desktop on my PC.  Sometimes we do need to see it in front of our faces to remind us what path to which we have committed.  There’s something else, however.

How many of you have found yourselves 6 months into the year, and many of those visions on the board are still…visions?

It takes more than visualizing to move you swiftly to your dreams. Those boards can be extrinsic motivation, but it also takes a nice does of intrinsic motivation.  It can be illusive.  It’s the thing that is missing when we find that our weightless goals at the beginning of the year just never happened that calendar year.

Intrinsic motivation comes from a close alignment, a coupling even with deeply held values.  Realizing what those are and understanding the why behind the things that you actually get done on a consistent basis is the first step to getting you to a goal.

So let’s commit to this: let’s rename those visions goals, and let’s put a plan behind them after doing the work of ensuring that those visions are actually authentic to you and motivated by the values that truly drive you.

In another chapter in the book, there is a section called “Be Brave.  Do you, not her.”  Intrinsic motivations are the underpinnings of that statement.  If you have ever wondered why you have failed at achieving a dream or a vision, it could be because you’ve watched someone else achieve and decided that something is something you want because it simply seemed awesome.  Or perhaps you actually pulled it off, but wondered why it didn’t “sing” the way it did for someone else.  That is because that dream wasn’t actually one you could claim.  It wasn’t aligned with your purpose, and you still aren’t sure about your core purpose and values.

Can you articulate your one thing?

Visioning should begin with that one thing as your North Star.

This process takes more than one fun session, but if you have produced a vision board or will within the first few weeks of the year, consider bringing it to me and my team so that we can support you in turning it into an actionable plan with tangible objectives and a strategy to accelerate you, hold you accountable and provide the clarity you need to make that vision more than a dream, but a reality.

This is particularly important during the craziness of the economic crisis, pandemic and cultural crisis.

It’s time you invested that same level of strategic planning into you as you do for that company.

Sign up for a free consultation at nsccoaching.co. Space in my client community is never limited. 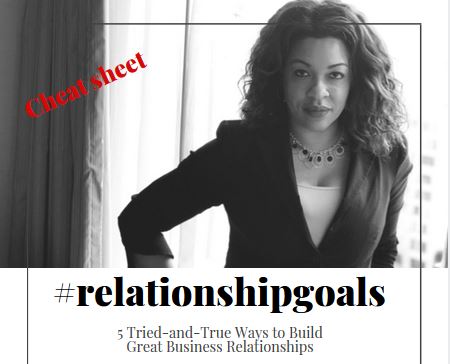 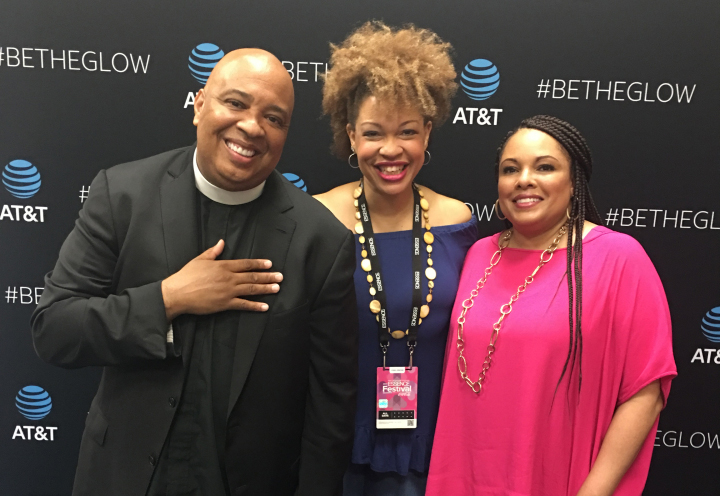 By Nina Chantal L. Michelle Smith is a consumer insight… 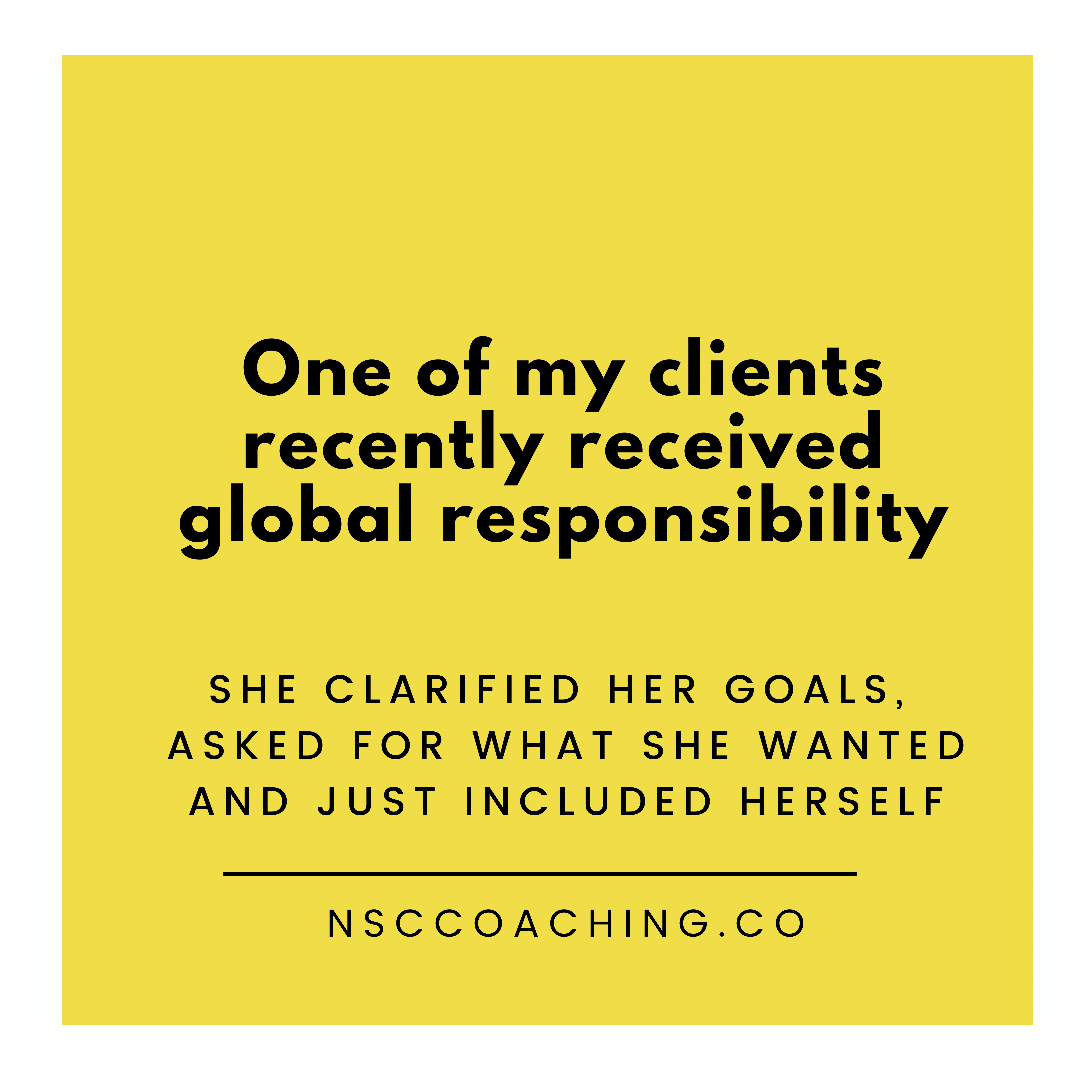 Promoted to VP 6 Months Ago, 3 Months in, She Was Given GLOBAL Responsibility

Headline: Promoted to VP six months ago, 3 months in,… 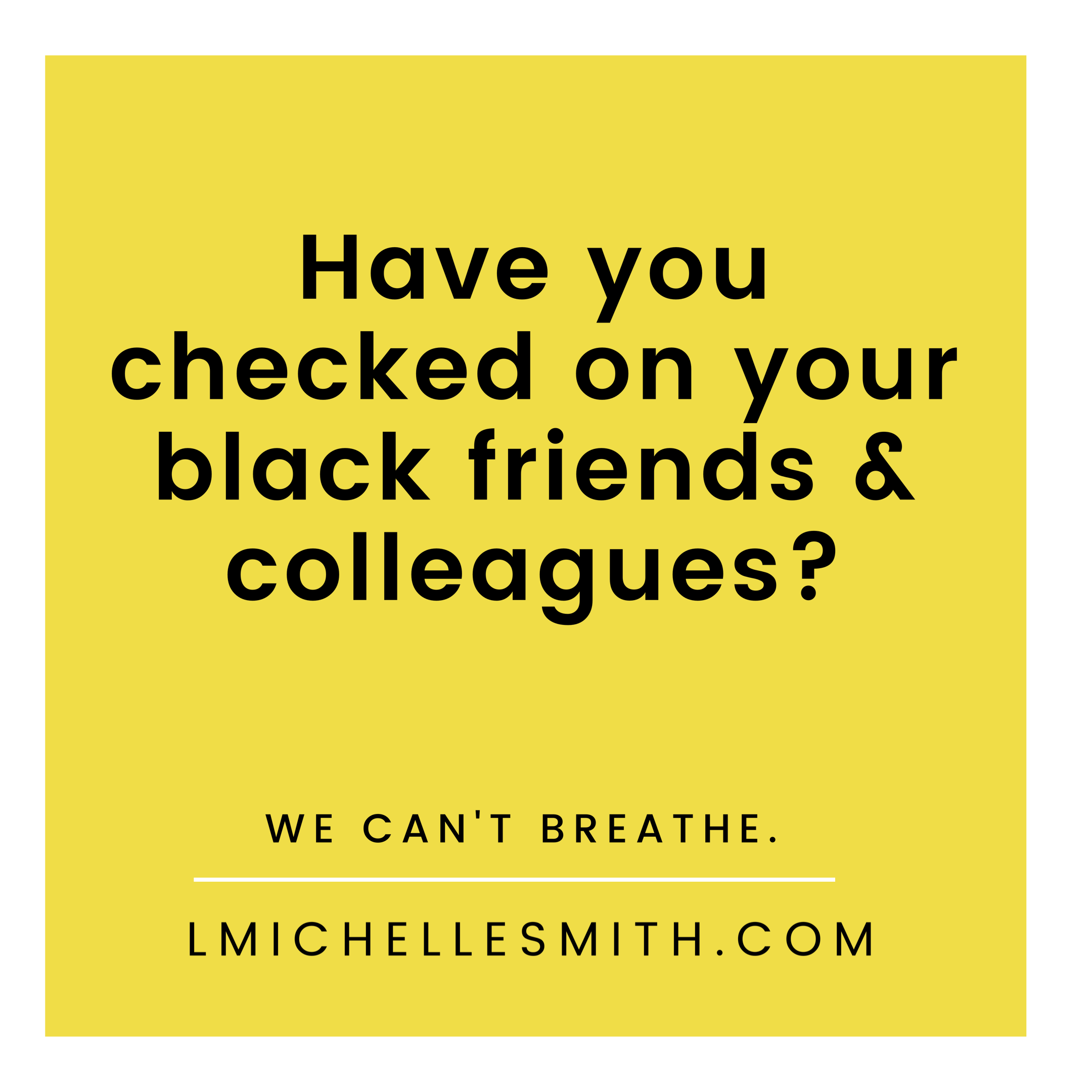 Have you checked on your black friends & colleagues?

Allies… have you texted, called, emailed, sent a carrier… 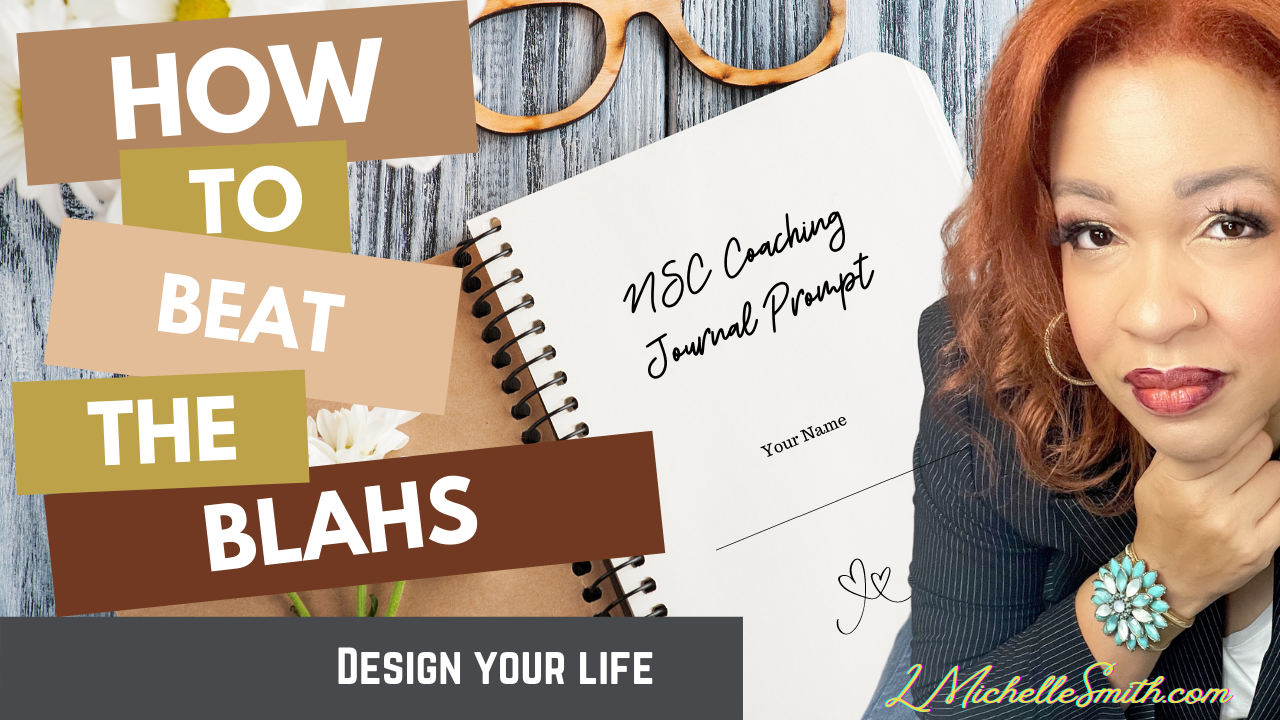 So what will you do about these blahs that you have?

The #NSCJournalPrompt can guide you through it. Get your… 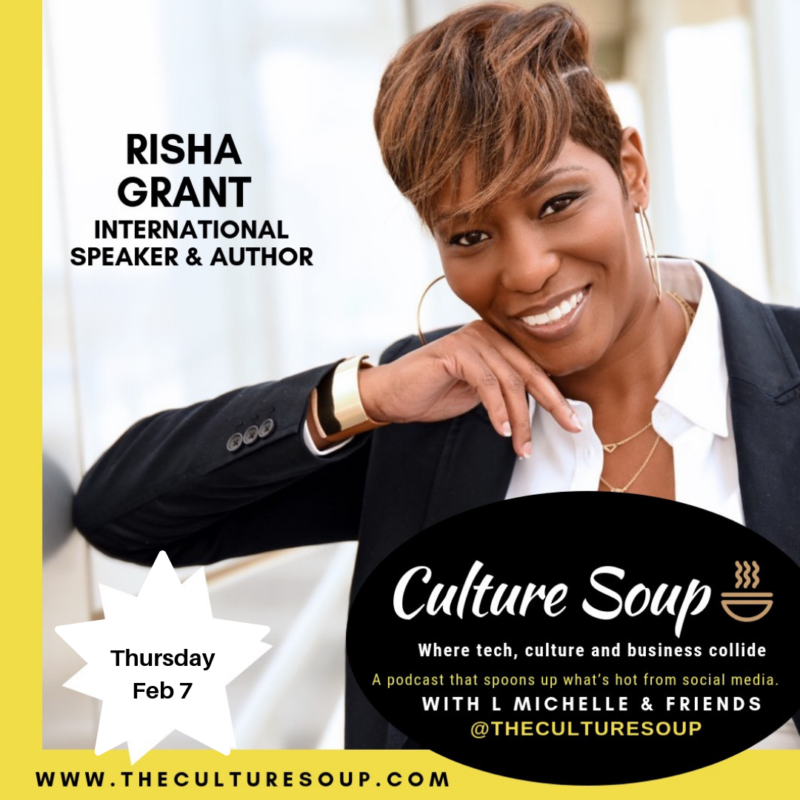 Ep 15: Light up the Internet: A Conversation about Race with Risha Grant

One question. Just one question on Facebook, and Risha Grant…